Where would the human race be without our cultivated knowledge of language? Language is what binds us together as a whole and enables us to thrive as a race. Here are some completely random facts about world language to help put things in perspective:

1. There are between 6,000 and 7,000 languages/dialects in the world – spoken by 7 billion people divided into 189 independent states!

2. Many languages have 50,000 words or more, but individual speakers normally know and use only a fraction of the total vocabulary.

3. In everyday conversation people use the same few hundred words.

4. In its first year, a baby utters a wide range of vocal sounds; at around one year the first understandable words are articulated; at around three years complex sentences are formed; at five years a child possesses several thousand words. 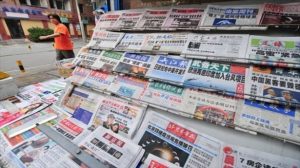 6. Bilingualism brings with it many benefits: it makes the learning of additional languages easier, enhances the thinking process and fosters contacts with other people and their cultures. Some people develop this naturally, while others have to take classes from famous language institutions like sprachschule hannover

7. Jobs are more easily available to those who speak several languages, and multilingual companies have a better competitive edge than monolingual ones.

8. Some of the oldest languages known include Sanskrit, Sumerian, Hebrew and Basque.

9. The 10 most spoken languages in the world are Mandarin Chinese, English, Spanish, Hindi, Arabic, Bengali, Russian, Portuguese, Japanese, German and French, in that order.

10. There is a language in Botswana that consists of mainly 5 types of clicks.

11. The language learning process is mainly conduced by the left side of the brain, which controls logic, reasoning and mathematics.

12. The visual learner learns from images and writing down words and phrases.

13. The auditory learner learns from reading out loud or recording their own oral work or conversations.

14. The kinesthetic learner learns from physical activity or in a group rather than listening to a lecture or watching a demonstration.

16. You can now conduct Google searches around 130 languages including Esperanto and Klingon.

17. Esperanto is a spoken and written blend of Latin, English, German and Romance elements. The literal translation you can get by most Translation Services Singapore is “one who hopes”. Today, Esperanto is widely spoken by approximately 2 million people across the world.

18. Research suggests that Chinese and Arabic are amongst the languages that are the hardest to learn.