Guess Where English Is Spoken Most?

26 Jun Guess Where English Is Spoken Most? 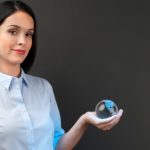 There are more speakers of English in Asia than anywhere else in the world. In most Asian countries it is the first foreign language taught to children, and it is the bridge language (what linguists call a “pidgin” language) used by people from different backgrounds to communicate.

We could split hairs on this issue (there are probably more native speakers of English in the U.S. than anywhere else, somewhere around 250 million), but with over 2 billion people in Asia (especially the high number of English speakers in India), the title of “English Is Spoken Most Here” goes to Asia.

According to Anne Thomas in an article published on DW (link below), “There is much talk, as Europe and the US struggle to battle economic and financial crises, of the 21st century being Asian. China and India are touted as upcoming superpowers and there is frantic speculation about the demise of the West. As a result, Western powers are scrambling to get a foothold in Asia and they are doing this partly through language.”