Babies Benefitting from Being Bilingual!

08 Sep Babies Benefitting from Being Bilingual! 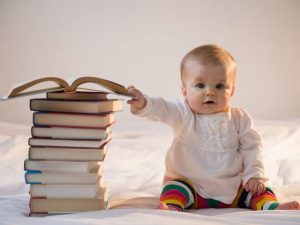 According to an article in The Independent, research shows that the benefits of being bilingual start at an incredibly young age, as young as six months to be exact. Researchers from the National University of Singapore and the Singapore Institute for Clinical Sciences worked collaboritevly with surrounding hospitals to take an in-depth look at the effects of bilingual exposure at a particularly young age. Researchers were hoping to grasp a better understanding as to whether or not having two native tongues affects cognitive abilities and processing. To do so, the researchers used purely visual test material in a method called “visual habituation.”

Measuring an infant’s capabilities is not as easy as you might think – but visual habituation is one fairly accurate task that can help to determine a baby’s future IQ. In the study, 114 Singaporean six-month-olds were repeatedly shown a picture of a fun toy representing either a bear or a wolf. When they began to lose interest in one image, they were shown the alternative animal, which was always appealing to them. The bilingual babies distinctively became bored with the first image quicker than the monolingual infants.

Results did show that there was a link to cognitive thinking. One theory is that because babies are exposed to two languages, they require strong information processing skills in order to switch back and forth between the two languages.  The efficiency in which they develop in order to achieve this appears to stand them in good stead for the duration of their lives.